7 Worst Weed Strains of all Time 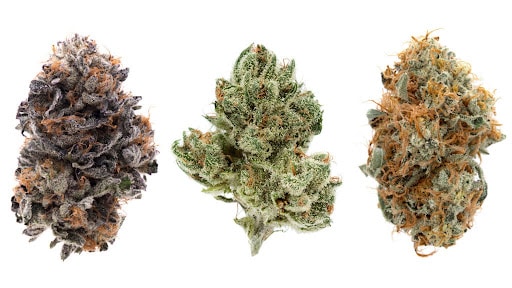 Ordering a Weed Strains and finding out that it totally sucks, is a situation no weed lover wants to be involved in. Everyone has different preferences, one may like a particular strain, whereas one may not.


But a strain that is not good, comes to the notice of everyone. This list of worst Weed Strains will help you save a lot of money and time, thus, you can spend your money on strains that are worth it.

How do we define if Weed Strains are bad

Please remember that this is our personal opinion.

When stored away from light and heat, cannabis has a one-year shelf life before it begins to degrade. Unpleasant scents are usually the result of improper handling, badly cured cannabis, or advanced age.

Observing low-quality cannabis in various stages of deterioration is a horrible sight. Nature presents various visual cues when staring at a terrible plant, ranging from dirt brown to an immature lime green blossom.

Buds that are very “moist” have stems that do not snap and prefer to stay put when squeezed. Mold and mildew thrive in this environment due to excess moisture. Wet nugs that pull apart rather than break apart indicate that the cannabis was not adequately dried and cured.

Improper lighting or growing conditions can result in “fluffy” or “airy” nugs, which, while containing high levels of cannabinoids and terpenes, are commonly and brutally disregarded by the cannabis community.

However, Charlotte’s Web, a remarkably uncommon CBD strain bred by a single Colorado farm, is the most well-known kind that you’ll probably never be able to hold in your hands.

Why is it worse- Charlotte’s Web strain may have some negative effects, but nothing too severe or distinct from what you would experience with other worst weed strains.

The most generally reported negative symptom of CW is dry mouth, which is often associated with dry eyes. With a little extra planning, dry lips and dry eyes are equally avoidable and treatable.

Drink lots of hydrating fluids before, during, and after intake to minimise dry mouth, and keep a bottle of water on hand or nearby for easy access. You can avoid awkward moments by purchasing moisturising eye drops in advance from your local medicine shop.

Negative side effects such as headaches, and dizziness have been observed by users when smoking Charlotte’s Web. However, this is an odd concept because most would believe that the strain’s high CBD levels would keep anxiety – and any negative thoughts or thoughts or discomfort – at bay.

Pablo’s Gold, a hybrid created by crossing Pablo’s Cheese and Colombian Gold, is described as having a 70% Sativa dominance. It normally has a THC content of 17% to 20%. It starts with an energy boost and an elevated mood and gives a strong cerebral high. But you quickly come to the conclusion that Pablo’s Gold is not a strain you turn to when you want to get things done.

It tastes perfectly fine. Both the creamy, skunky, sweet flavour and the cheesy aroma, which also has overtones of pine and citrus, are tolerable. The primary problem is that Pablo’s Gold almost puts you to sleep too much. If you are fooled by the initial energy rush, it really is fool’s gold.

Why is it worse- This golden marijuana strain is a 70% Sativa-dominant hybrid. Except for Northwest America, it can be found practically anywhere. Pablo’s Gold is not a strain that should be consumed when you need to be active.

The strain can be deceiving and referred to as the worst weed strain; it begins with a euphoric feeling and an increase in energy levels, but you quickly realise that this is merely a prelude to falling asleep. Many users complain about having trouble keeping their eyes open.

Mango Pina was another 90s favourite, and the Mango Cannabis Strain has been around since the 1960s. These days, such Weed Strains are typically crossed with KC33, and that’s what you’ll get when you search for marijuana with the Mango flavor.

The old Mango Pina strain, on the other hand, had a decent flavor but was incredibly weak. At best, you’ll feel a little more at ease, but you won’t ever think the effort was worthwhile.

Mango Kush is a marijuana strain that tastes like mangoes if you want that. Although it is a cross of the mango, it lacks the powerful high. Instead, you’ll get a pleasurable high that will make you happy. Mango Kush is stronger than Mango Pina, has a similar flavor, and is much simpler to locate.

Why is it worse- Fortunately, this strain has been forgotten. It is a strain that was developed in the 1960s. This forgotten marijuana had the most pleasant aroma and flavour, but it contained extremely little THC, resulting in little or no psychoactive effects.

The most you could hope for from this breed is a placid demeanour, yet you’ll doubt its worth. Mango Kush is the closest thing to Mango Pina, but with a higher level of THC content.

White Widow and Blueberry are crossed to create Blue Widow, which is said to be a balanced hybrid. This strain has a pleasant flavor and is a fantastic choice for edibles because of its citrus and blueberry notes. It is a well-liked medical marijuana variety that is used in multiple situations.

Although there is nothing in particular wrong with Blue Widow, if you want a strong high, you shouldn’t choose this strain. Although it is supposed to have a THC level of between 12% and 17%, it seems significantly weaker. Blue Widow undoubtedly won’t provide much to seasoned users. You will develop a high tolerance very soon and get fed up with this strain.

Why is it worse- Despite being bred from two award-winning, customer favourites – White Widow and Blueberry – Blue Widow is a tremendous disappointment.

It tastes good, with notes of citrus and blueberry. And it’s quite easy to smoke. This is not a harsh bud for flower smokers.

Unfortunately, it falls short in terms of effects… Where’s the high? The strain is said to contain between 12% and 17% THC, yet the “high” is virtually non-existent.

Leaving the majority of users to proclaim, which put it on our list of worst Weed Strains.

It is no doubt that you should stay away from the Highly Potent Strain Trainwreck, at least while consuming it at larger dosages, since it may have inducing effects. High amounts of THC and Sativa dominance characterize this strain. When using Trainwreck, the user may experience a headrush that is not ideal for those who are new to consuming weed.

However, consumers of this strain who struggle with some problems said it was excellent. This demonstrates once more how every person might have a different experience with a specific strain.

Why it is worst- Trainwreck is an extremely potent strain that may have anxiety-inducing effects in higher doses.

This Sativa-dominant strain has a high THC content. Trainwreck can cause a headrush,. However, some users have evaluated this strain and thought it was fantastic. This demonstrates that the experience of a specific strain can vary from person to person.

Mostly as a result of user reviews, this strain has made the list of the worst strains ever. In essence, renowned breeders Nirvana Seeds developed this to be a sedative. Due to the strain’s dosage and its THC content, which ranged from 8 to 15% but was still sufficient for a powerful sedative, many had high expectations for it.

Instead, it only revealed that this strain had essentially little impact on the majority of smokers. Of all, nothing is more disturbing than smoking marijuana and experiencing nothing at all. It was intended to deliver a powerful kick and a full-body couch-lock that might treat sleeplessness and a number of other conditions.

Instead, smokers reported feeling equal as alert and uncomfortable as before, with a little increase in wallet strength. Customers claim that after waiting for the buzz to start, they were devastated when nothing at all happened. Another strain that may be suitable for those who have never or only sometimes used marijuana is this one. On the other hand, this strain doesn’t come highly recommended given the broad range of strains that are readily available. Just too bland and unimpressive.

Why is it worse- Top 44 is a sleepy cannabis strain that leaves users unsatisfied. It is an Indica-dominant cross established by Nirvana Seeds’ highly skilled breeder.

With a THC level of 8%-5%, the Top 44 marijuana strain has a relatively limited effect. It may work for beginner smokers, but experienced speakers will have no buzz.

Some might argue that the name should give it away, but these days it’s tough to tell because so many incredible Weed Strains have odd names. This strain is quite potent and often contains 16–24% THC. It was produced by mating OG Kush with LA Confidential, theoretically a great pairing. The problem with this strain is that it quickly reaches an absurdly high. This sounds positive once more.

It is unquestionably anything but in this instance. Even seasoned smokers find the high to be overpowering and too strong. At first, it can be rather effective for lifting the spirits and enhancing mental clarity. You may get a sense of what this strain produces by merely downing roughly 20 coffees all at once. Many people also report getting a really bad headache with this strain.

Why is it worse- This is known as the “jittery strain.” Its effect is clear from the name. This strain is a cross between OG Kush and LA Confidential.

Many people feel that the OG breed is a cure-all, but this is not true.

It has a THC range of 16% to 24%, although it could be higher. Because consuming a large amount negates the benefits of  Weed Strains and can cause anxiety and a bad headache.