All About Reggie Weed 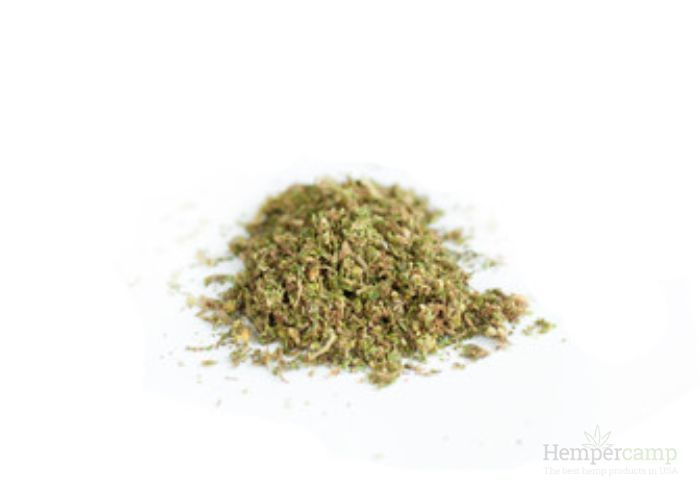 Reggie weed is the lowest quality weed you can get.

If you’re going to smoke marijuana, it should be good marijuana. Otherwise, you’re causing harm to your body. Here are a few reasons and how to identify Reggie weed, so you don’t buy it.

What is Reggie weed?

So you know that Reggie weed is low-quality cannabis, but what exactly is Reggie weed? Professional cannabis growers do not curate Reggie weed by nature, so it is frequently grown illegally on private property or unregulated farms. It is almost always grown outdoors, with no temperature, moisture, or light regulation, and frequently shipped in bricks across the US-Mexico border.

This is why low-quality cannabis is sometimes referred to as brick weed, though it is also known as dirt weed, firewood, ragweed, schwag, or ditch weed. Though usually referring to a Sativa or a hybrid with a mild THC level of 15-18%, “Reggie” can also refer to strains that don’t have a specific name – which is usually a sign that their origin is nonspecific (i.e., not curated), or that they aren’t worth naming in the first place.

Brick weed was the original name for Reggie weed. It was low-quality marijuana that had been vacuum-sealed into marijuana bricks. Cannabis cultivators created cannabis bricks to ship across the border. As a result, it was mostly packaged as a brick for discreet shipping.

Reggie weed was considered average by cannabis users until cannabis became legal and the standards improved.

However, with the legalization of cannabis, the product’s demand increased, and cultivators began to invest more time and money in their harvest to produce better cannabis strains.

Nowadays, cannabis enthusiasts now prefer to use better strains that are gentler on the throat and lungs. Furthermore, better products were produced due to improved technology, stringent testing, and standardized growing operations.

The golden rule for identifying top-shelf weed is to trust your nose, and the same rule applies to the opposite end of the spectrum. You’ll most likely be hit with a musty odor or a blunt, dirt-like scent profile right away – the base note of Reggie if you will.

When evaluating Reggie weed, you may notice a skunky quality, a dry hay smell, or slight chemical notes indicating unsavory or unnatural growing practices. The flavorful bouquets that make up top-shelf weed, such as strong floral, spicy, berry, pinene, or fruity notes, you won’t detect. This is because Reggie weed is typically low in terpenes, giving popular strains their distinct flavors and aromas. Aromas that are simplistic, off-putting, or weak can all be indicators that you’re dealing with Reggie weed.

Is Reggie Weed Indica or Sativa

Reggie weed is regarded as a low-grade C strain by the cannabis community. Some consider it a B+ mid-grade weed with a Sativa-dominant genetic background.

Reggie weed is mostly a hybrid, and the ratio of Indica to Sativa varies depending on where the cannabis is grown.

While top-shelf weed has vibrant, healthy green, orange, or even purple hues, Reggie weed is noticeably duller in color. Its appearance is defined by dark green, greenish-brown, gray-green, pea soup, or even plain brown, mustard, and tan. Close inspection reveals that Reggie’s weed is frequently littered with debris, such as seeds and stems. Reggie nuggets are typically loosely packed, like clumps of grass clippings.

Reggie weed is not something you want if you use cannabis for medical purposes. It provides no medicinal benefits to the user. Reggie is also known as dirt weed, which stoners avoid at all costs.

Reggie weed is only used as a last resort because it is extremely dry and full of stems and seeds. It is also more damaging to the lungs than other types of weeds.

Reggie weed is low-grade cannabis with a burnt aftertaste. Smoking Reggie weed produces no distinct cannabis flavor. There will be no strong notes from your favorite cannabis strains.

Reggie weed also tastes like cannabis sitting in your drawer for months. When you consume old cannabis, its potency is reduced and irritates your throat and lungs. Reggie weed tastes bad and has a musty flavor. You might even get the impression that you smoked mildew!

Poor storage practices are to blame for the bad taste. As a result, bad weed loses its potency and potential flavor. It doesn’t feel like you’re smoking a plant when you roll up a joint of brick weed because you can only taste the smoke with no specific flavor or characteristics.

In contrast, high-quality cannabis is brightly colored and has a pleasant aroma. Every strain is different, but good marijuana has a distinct green layer. Reggie weed has more yellow and brown tones with no exciting flavor.

You won’t be able to tell the difference if you’re used to smoking cheaper products. However, if you smoke high-quality cannabis, you can taste the difference.

What are the effects of Reggie Weed?

Cannabis enthusiasts who smoke high-quality weed will not experience any effects from Reggie weed.

The majority of the cannabinoids and terpenes responsible for the high associated with smoking cannabis degrade and evaporate from Reggie weed.

Reggie weed is not grown in controlled conditions. As a result, it has a low potency and THC content. Its moisture content decreases as well. Therefore, it is insufficiently potent to produce the same effects as a high-quality product.

However, due to the low levels of THC, beginners may experience some effects. Though, it has only a minor effect. The effects also fade faster; you need to smoke three times as much product to get a strong effect.

Brick weed contains nothing that makes cannabis worthwhile. It does not provide the benefits, potency, or high associated with marijuana smoking. It only fits the marijuana profile because it is derived from cannabis plants. As a result, you should support the cannabis industry by shopping at a licensed dispensary near you.