Can You Mail Edibles? 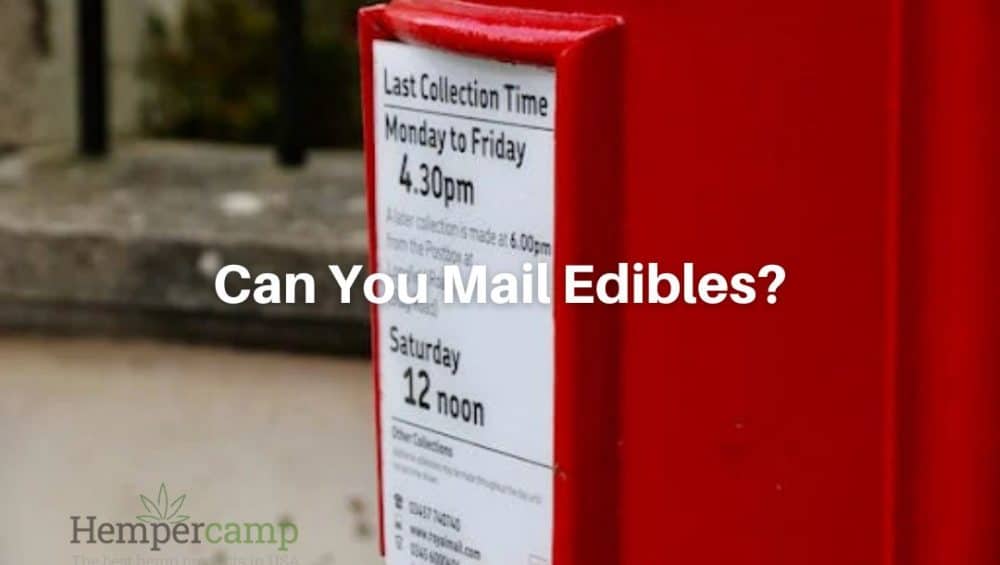 No, it is not legal to ship cannabis or edibles made from cannabis in the United States.

Marijuana is still illegal under federal law now, which means that it is prohibited by the federal government.

Whether or not shipping cannabis is legal is a seemingly complex matter. While many states are slowly legalising cannabis, it is still a federally illegal substance.

It is important that you know whether or not you can order weed online, especially for medical patients who depend on cannabis to treat their illnesses because they might struggle to find a dispensary nearby.

The government oversees and manages the United States Postal Service (USPS) as well as other private postage businesses. Federal criminal offences, which are listed in the United States Code 1716, including marijuana, may result from any unlawful behaviour if found being sent through the mail.

Although the USPS is required to obtain a search warrant for searching, FedEx, UPS, and other private couriers are not. Those private couriers can search your parcel by opening it if they feel that it is required. The federal government has the right to bring charges against anyone found transporting marijuana, even between states where it is legal.

Cannabis products that you may eat or drink are known as edibles. They contain cannabinoids, which refer to chemical elements that have an impact on your body and mind when ingested.

There is a broad category of edible cannabis products. They range from gummies to chocolate bars to brownies. There is no limit to the kind of products you can make using cannabis. You can add cannabis to any normal food item if you just learn the technique.

It is only permissible to mail raw hemp plants within the United States to people or businesses who have received prior approval. The Hemp Farming Act of 2018 defines CBD as any hemp-derived product with a THC content of less than 0.3%.

Only a small number of locations can legally sell CBD edibles made from marijuana, even though CBD can be generated from plants with a greater THC concentration than hemp. CBD edibles, however, are less strictly controlled in states where marijuana use for either medical or recreational purposes is already permitted.

Unfortunately, some states continue to forbid the sale of CBD edibles, and complicated regulations in different countries might make shipping more difficult than it has to be. The USPS currently mandates that companies shipping CBD make sure that all local, state and federal laws have been followed, albeit this is not just restricted to the THC percentage of each product.

States where Marijuana is Legalized

It is not difficult to get cannabis edibles in the states where marijuana is legal. You can buy it online and ask them to deliver it to wherever you want without much inquiry.

However, it is essential to show that you have reached 21 years of age. Without identity proof, you will not get to buy weed. Numerous authorised dispensaries offer risk-free and secure ways for customers to order marijuana online and have it delivered.

Whenever you are buying edibles, just make sure you are purchasing from a reliable and branded company. It is always recommended to be up to date with the local laws that are in effect so that you don’t get into trouble.

The best course of action would be to know the laws before attempting to carry marijuana because they are constantly changing. This will save you from legal trouble that may arise out of unexpected changes or rules and regulations.

However, buying and mailing are two different things. You are cannot mail cannabis edibles from one state where it is prohibited to another state where it is legal. You risk being arrested and prosecuted if you do so because federal law prohibits it.

Can you take Edibles on a Plane? 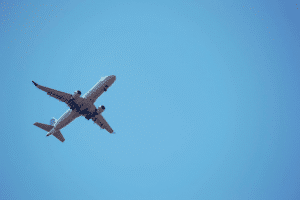 No, you are not federally allowed to take cannabis edibles on a plane. Even though over 20 states have allowed the selling of cannabis within the state, the federal government’s stance does not budge.

It is illegal to bring marijuana or other psychoactive items into airports or use them while flying. The fact that some people have been fortunate enough to get away with it occasionally by transporting innocent-looking food items which are actually edibles containing cannabis does not negate the reality that it is criminal conduct.

Can Hemp products be Shipped?

Shipping hemp is legal on a federal level, according to the Farm Bills.

Any hemp product with a THC content of less than 0.3% is permissible on a federal level This includes all, if not, most CBD products too.  However, only authorised industrial hemp producers are permitted to mail hemp products.

What would happen if you get caught mailing edibles?

You could believe that sending edibles via mail is acceptable because many people have been successful in getting away with packing delicacies in their luggage when travelling abroad. But the response is still negative.

Since the US Postal Service is a federal entity and edibles with THC are still illegal under federal law, anyone found in violation might face steep fines and even go to jail. There are serious consequences for both the shipper and the recipient.

According to existing law, sending 50 kilograms of marijuana via UPS may result in up to 5 years in prison and a fine of up to $250,000. Neither FedEx nor UPS allow transporting goods that are not federally authorised.