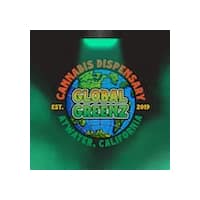 Nestled in the town of Atwater, California Global Greenz Dispensary sprouted from a mere idea that started in 2017. One man diligently worked with the city and its citizens to overturn an outdated ordinance. Fast forward to 2020, after teaming up with an investor, permits, and licenses were obtained. The ground was broken in the summer of 2020 and what once was just a thought was harvested into fruition.