Is HHC Stronger Than Delta-8? 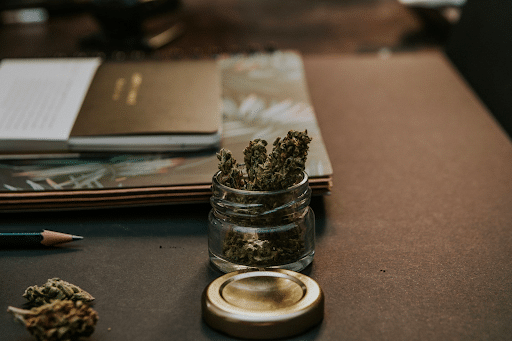 Yes, HHC is stronger than Delta 8 THC.  HHC gives a stronger high with notable physical sensations. It can cause you to be euphoric and elated even with a small dose.

Delta-8 THC on the other hand gives milder and more relaxing effects. This is perfect for you if you are a beginner trying cannabis for the first time.

Delta-8 THC or HHC: Which is More Potent?

Hexahydrocannabinol or HHC is a high potency cannabinoid. It is a hydrogenated version of THC.

Higher doses of HHC (like over 20 mg) can make you feel very euphoric, elated, ecstatic and energized. However, lower doses of HHC give you a calming effect much like the high you get from Delta-8.

The High on D8 THC

Delta 8 THC gives users a clear-headed high. The psychoactive property in HHC is moderate to high whereas in D8 THC it is only mild to moderate.

Due to this, the typical dose taken for the latter is about 10-40 mg while a lesser dose of HHC (around 10-20 mg) is enough to give you the same kind of elation.

Where are They Found?

However, another strain of THC, Delta-9 which is extremely psychoactive has up to 30% concentration in cannabis.

Why are the Effects of HHC Different?

There is no uniform quality standard for making cannabinoids. Usually, HHC is manufactured by using a blend of two different types of HHC molecules.

The two blends are as given below:

How to effectively separate these two components is something that manufacturers have yet to determine. Due to this, the HHC found in markets is a blend of the two components. Commercial HHC varies depending on which one you get.

Can you mix Delta 8 THC and HHC?

If you are an adventurous and daring person who likes experimenting, you may be curious about what will happen if you mix THC and HHC.

There has not been any concrete research done on this matter giving a conclusive answer to this question. Very less is known about the interaction of cannabinoids with our body and even lesser is known about whether it is safe to mix D8 THC and HHC.

But do Brands Mix Them?

There are a number of brands that do mix the two compounds in a ratio of 1:2 or 2:2 or with other non-intoxicating cannabinoids like CBD for slight balance.

But there has been no evidence to show that such combinations are safe. You can try them but at your own risk.

Is it Safe to Consume HHC?

There has been no conclusive evidence from studies to assure the safety of HHC. It is all based on anecdotal evidence.

Delta 8 is more popular compared to HHC. Delta-9 is a safer cannabinoid because it is naturally extracted from the hemp plant. This is not the same with Delta 8 and HHC.

A few instances of corrupted D8 products have occurred, and the FDA has since issued a safety alert. On the contrary, users of HHC have not mentioned any serious negative effects to date.

Nevertheless, the risk of consuming HHC is similar to that of delta 8 and stems from the probable existence of toxic and damaging byproducts in the finished product as a result of the use of harsh chemicals during the manufacturing process.

We recommend that you take precautions while using both Delta-8 and HHC by checking the components of the products you are buying and whether it is mixed with any other compound.

To be safe, request independent testing labs for heavy metals and chemical solvents; if the vendor cannot offer these, steer clear of them.

Although in very small amounts, Delta 8 is found naturally in cannabis plants. As a result, manufacturers transform CBD from hemp into Delta 8 THC using harsh chemicals and CBD.

After CBD is extracted from the hemp plant, laboratories, through isomerization (the process of transforming a compound into one of its isomeric forms) procure Delta 8. While doing so, they employ solvents, but for safety reasons, they must be evaporated out of the finished product.

The following three kinds of processes can be used to create HHC.

Are HHC and Delta-8 Legal?

Delta-8 THC is legal in 38 US States. Cannabinoids derived from hemp with a delta 8 THC concentration of less than 0.3 percent were made legal by the Farm Bill in 2018. Since that time, 12 states have independently decided to set restrictions or outright bans on the sale and possession of Delta 8 THC.

Although most people think that states with Delta 8 restrictions would impose similar prohibitions on HHC in court, there are currently no laws prohibiting the use of HHC in any state. The ideal strategy is to assume that HHC is subject to the same Delta 8 constraints.