Mid Grade Marijuana – A Guide to Understand – What Are Mids? 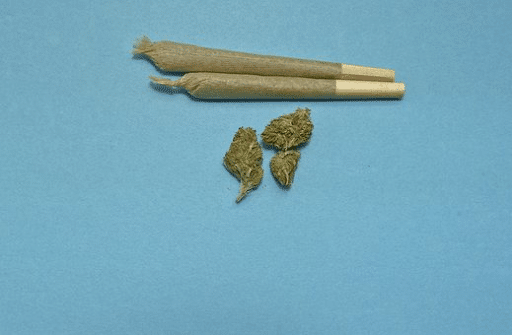 Mid Grade Marijuana – A Guide to Understand, have you heard of mids? A more modern slang, mids refer to average weed. that might not be the best or the worst; somewhere in between.

If you’re new to the cannabis community, you might not be familiar with the term. But do not worry. Continue reading to explore the different grades of pot and mids in particular.

Understanding classifications based on quality

Reggie weed strains are common in places where cannabis is illegal. It’s frequently the strain of marijuana that users begin using when they first enter the 420 scene. More knowledgeable people frequently call it schwag, dirt weed, or ditch weed. The names are derived from the nugs’ brownish appearance.

Mid-grade marijuana is a step up in quality and costs more. It falls somewhere between premium and low-quality marijuana, as the name would imply. They typically have a good layer of trichomes and are green. Mids give users a cost-effective and pleasurable alternative. Additionally, they go by the names mids, middies, and other aliases.

High-grade marijuana that falls short of premium grade is still of high quality. Because of their often striking appearance, novice marijuana connoisseurs might mistake these buds for more potent varieties. They have vivid colors and frequently contain sparkling crystals.

The best marijuana is dank weed (literally if you consider resin to be cream). The price of this marijuana is the highest available. Celebrities have made these strains popular, and people who only indulge in higher-quality goods like them.

The quality of mid-grade marijuana is average. You must try mids if you want to upgrade your marijuana experience from Reggie. Marijuana buds with mid-levels of resin and trichomes have a striking appearance. They offer recognizable aromas and more THC, with levels typically averaging around 16%.

Although they differ from strain to strain, the aromas are quite strong. The results are also more impressive. Mid-grade marijuana was previously grouped with Reggie, but as cultivation methods advanced, it became better.

Indica, Sativa, Hybrids, and Ruderalis are the four main types of cannabis. Each of these has unique characteristics and results. However, there are additional divisions that refer specifically to their quality.

Although there are four categories, most smokers only rank them by three. Which are:

For each of them, there are different terms, but we’ll only touch on a few in this review.

Compared to Reggie, mid-grade marijuana has stronger aromas that are both enticing and pleasant. Once the buds are crushed, these scents become stronger, though not quite as potent as those of dank weed. While each strain is unique, the majority of them have subdued earthy or woody undertones that enhance the flavors.

Mids have the typical weed feel, appearance, and aroma. It’s crucial to look for a variety of colors in the buds when weed hunting. Avoid weed that is brownish and lacks distinct hues of green, orange, or purple as well as weed that doesn’t have any apparent frosty trichomes. Mids shouldn’t ever have seeds, mold, or any other unnatural discoloration because those characteristics would prove the weed to be pure ditch weed.

Top-shelf marijuana and mids shouldn’t feel crumbly and dry to the touch; instead, higher-quality buds will typically feel stickier. A good bag of mids shouldn’t be too wet or soft either, as these qualities frequently indicate that the weed wasn’t properly dried or cured. Nugs that are overly airy or extremely hard are also of lower quality and ought to be avoided.

Why buy mids over top-shelf?

You might be passing up quality marijuana at an excellent price if you only purchase top-shelf cannabis. When used critically, the term “mids” truly lacks meaning because what one consumer may refer to as mids another may refer to as loud. 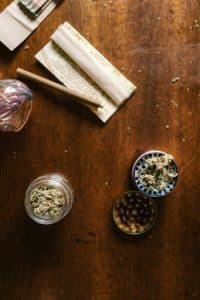 An eighth that costs $35 as much would be adequate, even though a $65 eighth might be justified in some circumstances. Top-shelf marijuana is your best bet if you want to use it to relieve chronic pain or a disease. Or perhaps you have a favorite strain from a particular cultivator that makes you feel fantastic, in which case you should definitely splurge.

However, mids are the way to go if you need some moderately good marijuana to roll up and share at a party. baking marijuana brownies? Use mids. Want to be productive but still get a good buzz without getting ripped? Mids. Mids won’t let you down in any situation where you require weed that is reasonable in terms of both price and quality.

Don’t be so stupid as to underfund your 401(k) while stuffing your blunt with $60 worth of flowers. Instead of using one bowl of exotics, use two bowls of mids to achieve the same high. Who cares if someone unintentionally drops a Mid in a cup of beer? Mids make great big fat party joints.

Some people boast about their high tolerance by saying, “Mids don’t get me high.” How hip is high tolerance, though? Tolerance simply means that the cannabinoid receptors in your brain have been downregulated, requiring more THC to produce the same effects. Congratulations, you just raised the cost of getting high.

Further, Marijuana prices increased in many states as a result of legalization. However, if you travel to Oregon, for instance, you will discover that supply far outweighs demand. You can probably find dank weed for a fair price in this situation. But not everywhere in the United States is like this.

Dispensaries will continue to charge you a small fortune if you live in Los Angeles or another large city. You should choose “mids” in this situation. Why pay $50 for a blunt of dank marijuana when you can get multiple bowls of “mid” for the same price? Take a break from marijuana if you discover that “mids” marijuana does not make you feel high. Your bank account will appreciate it.

The Difference Between Mids and Regs

Generally, low grade weed refers to strains with less than 10% THC. In the most simple way – regs is the worst category of cannabis and is usually only sold by illegal sellers. They are known to have a terrible smell, dry buds and a THC content of less than 2%. Regs are ancient, and the cannabis scene has evolved tremendously in the last 40 years. In all circumstances, we would recommend against regs! Even if you manage to get a decent high, it is possible that you would feel unpleasant sensations. And due to its extremely low THC content – you’ll develop a strong tolerance for Regs after a few uses. We strongly feel that Mids are superior in every single way.

The best place to get your mids

Have you been struggling to find the perfect catalog of strains? Feel like you’ve been over-paying for your cannabis? Score your next stash from online stores and get countless varieties at the best prices!