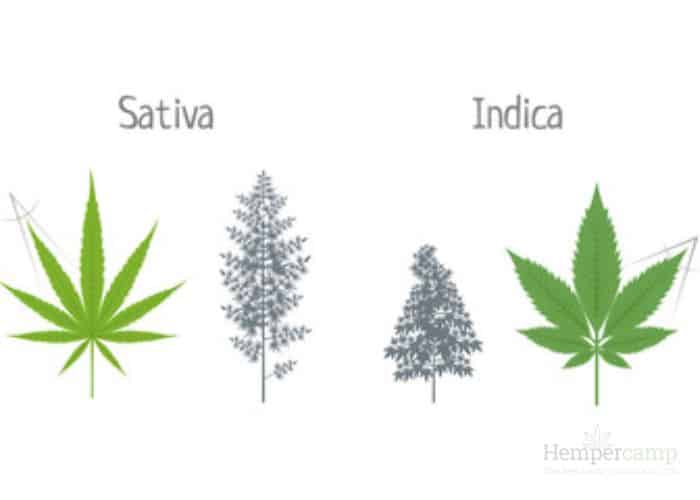 As research progresses, researchers are trying to figure out the key differences between

Sativa vs. Indica. The side effects of Sativa offer a  more energizing experience and the latter provides a more relaxing experience.

Sativa is a classification of marijuana strain. When cannabis users hear Sativa, they envision an energizing, uplifting, and cerebral high.

The terms Sativa and Indica are far more useful for cultivators than for consumers. Sativa is commonly used in cultivation to describe a plant’s morphology, or physical characteristics, during growth.

Sativa strains have long been known as the daytime choice for cannabis enthusiasts, and their consumption can be compared to caffeine consumption. Many users describe Sativa as giving them a “mental high.” Sativa strains contain more CBD than Indica strains and will give you an energy boost after use.

The uplifting Sativa high is more cerebral than the Indica high, which is more body-oriented.

Some Sativas, such as Jack Herer, Trainwreck, and Green Crack, are beloved by their fans for their mental fireworks, while others avoid them because they are too stimulating.

Some of the most noticeable effects of Sativa as reported by users include:

Although many people dismiss them, there are numerous side effects associated with using Sativa. You may be using it to solve one problem but exchanging it for another.

Some of the most common marijuana side effects as per users include:

These symptoms may worsen or combine with other pre-existing conditions, wreaking havoc on the user.

Anxious people may experience worsened anxiety effects from marijuana, despite its promotion as a way to relax and relieve stress.

As previously stated, an increasing number of people are beginning to use marijuana in the hope that it will alleviate any symptoms they may be experiencing. They don’t realize, however, that with the good comes the bad, and Sativa has numerous negative side effects.

Sativa weeds cerebral high makes it ideal for creative endeavors. The euphoric, racing thoughts that many associates with the Sativa high indicate that it can foster new ideas and creations.

It can also help with concentration. Sativa-based strains can be extremely beneficial in treating fatigue, and mood disorders. There’s nothing like a burst of cannabinoid-induced mental energy to get you out of a funk.

Other medicinal applications of Sativas according to users include:

The Sativa leaf is typically thin and resembles the recognizable marijuana leaf.

Cannabis sativa cultivars have long, thin fan leaves with long flowering times. The slender Sativa leaf has up to 13 fingers. Sativas thrive in warmer climates and can naturally reach heights of 12 feet a season.

Sativas are taller and have long, thin leaves, whereas Indica is much shorter and has broad, short leaves. Sativas, on the other hand, take much longer to mature during the flowering stage, with flowering times ranging from 50 to 100 days.

Difference between Indica and Sativa

Cultivators can benefit from separating Sativa and Indica plants based on growth characteristics and physical makeup.

The real distinction between today’s Sativa and Indica plants is visible during the cultivation cycle. Sativa plants are taller and have thinner leaves than Indica. Sativas also mature much more slowly than Indica, which flowers in 45-65 days instead of 100 days for Sativas.

Crossbreeding has dominated cannabis cultivation for the last 50 years, virtually eliminating the possibility of encountering a pure Sativa or Indica. A cultivar’s classification as Indica or Sativa usually indicates that it leans toward one end of the Sativa/Indica spectrum or the other.

According to anecdotal evidence, Sativa is more energizing while Indica is more relaxing, but the scientific truth is far more complicated. Many different chemical compounds are involved in the medical and recreational effects of cannabis.