Animal Mints strain is a hybrid that combines the effects of Indica and Sativa giving you a perfect balance.

This strain may have somewhat different genetics depending on which company you get it from. Whatever the case, Animal Mints will be a hybrid of Blue Power, Fire OG, Animal Cookies, and Thin Mint Girl Scout Cookies. Regardless of how it was created, this strain definitely has a punch!

The traditional Fire OG X Thin Mint Girl Scout Cookies strains were crossed to produce the evenly balanced hybrid strain known as Animal Mints, which contains 50% indica and 50% Sativa. Looking for a really potent smoke that will impact your head and body equally and deliciously? The only option is Animal Mints.

Depending on who you ask, this flower may be a hybrid of Thin Mint Girl Scout Cookies and Fire OG, or it may come from a cross of Thin Mint GSC and Animal Cookies with a hint of Blue Power.

While some claim that Animal Mint has a maximum THC content of 32 per cent, others report that it can be found as low as 15 per cent. A hybrid strain called Animal Mints that has 50% Indica and 50% Sativa is properly balanced. Many people think it is a hybrid of Thin Mint Girl Scout Cookies and Fire OG, while others claim it is a hybrid of Thin Mint GSC and Animal Cookies. Regardless of where it came from, Animal Mints is undoubtedly one of the strongest strains. As previously said, it has a staggering 32 per cent THC content.

Animal Mints seeds are not currently offered in stores. No one is aware of the growth process or the appearance of the plants as a result. If you’re interested in knowing more, check out GSC or Animal Cookies, as it may be assumed that it will have characteristics that are comparable to those of its parent strains. Getting a hold of a cutting would give you the best chance of successfully producing this strain.

The plants themselves are not well described. However, we know that each Animal Mints bud is dense and dark green. Each nug contains hints of purple and a thin covering of crystal trichomes. When it blooms, you can anticipate it to release a minty, herbaceous scent with hints of diesel. It tastes like it smells, with heavy mint, diesel, and faint sweetness undertones.

Every puff of this baby delivers a wonderfully sweet, minty cookie flavour with a little nutty, vanilla exit. As the nugs are burned, a distinct cookie effect is produced, and the aroma is one of earthy pine with a tinge of sharp mint and pungent diesel.

This flower contains large, fluffy nugs that resemble fluffy popcorn and are a forest green colour. They have thin, light amber hairs, tiny matching trichomes, and a sweet, sticky layer of syrupy resin.

It’s only natural to desire Animal Mint as a part of your home garden, given that it’s unbelievably potent and adds a variety of flavours to your smoking experience. Unfortunately, it appears that this bud was never made accessible as a seed, and because no one really knows who the actual breeders of this strain are, the likelihood of discovering clones is extremely remote.

Are strains safe to consume?

The strain’s safety depends on the product’s quality and the manufacturer. Some manufacturers may use chemicals extensively, which can make stains harmful. That’s why you should go for manufacturers who get their products checked through third-party lab testing.

The legality of Animal Mints strain depends on the state you are residing in. Around 50 states in the USA legalized cannabis products – some for medical purposes while others for recreational use.

What type of strain are Animal Mints?

The Animal Strain is a blend of Blue Power strains, Animal Cookies, and GSC. This is a hybrid strain with equal amounts of Indica and Sativa.

The THC of this strain can be anywhere from 15% to 33%, depending on the manufacturer. It will be good for beginners if it’s around 15%. However, if it’s higher than 25% in THC, then it’s better if you try a little amount of this strain.

There are no reviews yet. 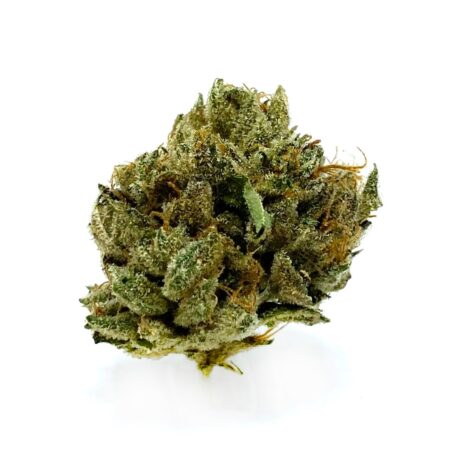