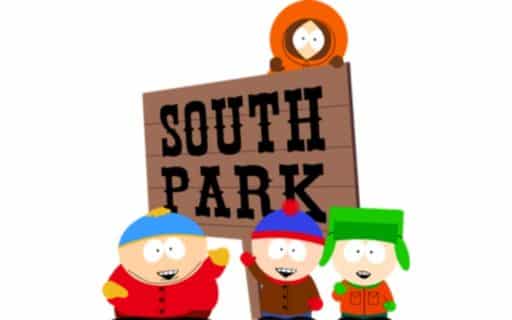 South Park revolves around four foul-mouthed individual characters. The story line features themes of satire. Among the various themes that the show features, there are many South Park weed episodes. The creators of the show, Tre Parker and Matt Stone were said to be heavy smokers of weed than anyone else, and this may have inspired them to launch such South Park weed episodes. Some of the most loved episodes include Ike’s wee wee, Medicinal Fried Chicken and Towlie among others.

This South Park weed episode came out in Season 2 and is the third episode in the season. It was originally aired in the year 1998, on May 20th.

The ‘Ike’s Wee Wee’ South Park weed episode is a secondary story. This makes it one among the best episodes in the series. The plotline goes somewhat like this – Mr. Mackey, who happens to be the school counsellor in the series, says something like “Drugs are bad”. He goes on to give a lecture to the students on drugs, their effects and so on. He passes around a small sample of cannabis (and note, a piece of cannabis that has been lit) among the students. He does this to ensure the kids are aware of how the substance smells when lit. however, the lit piece of cannabis makes it rounds but never gets back to Mr. Mackey. One can realise what happened to the piece of cannabis from this brief pass – around. Mr. Mackey, as a result, loses his job from this interaction from the students.

This eventually leads to Mr. Mackey having a personality shift. He goes into a downward spiral and this leads him to become a hippie. He marries a hippie – girl, and travels to India for his honeymoon. He’s then captured, so to speak, and sent to a rehab facility. He emerges clean from this facility, and eventually redeems himself by getting his job back.

The episode also has a very popular excerpt from the series – “This is all I’m going to say about drugs. Stay away from them. There’s a time and a place for everything, and it’s called college.”

One of the most popular episodes when it comes to mentions of weed. It is also one of the funniest episodes in the series. South Park, in this episode, takes on the topic of legal cannabis. It was inspired by an LA dispensary that opened up when a local KFC restaurant shut shop.

Randy, the protagonist in this South Park weed episode, sets out to give himself cancer in an aim to secure a prescription for marijuana. He eventually gives himself testicular cancer by way of using a microwave, and secures him the script for the substance. There are various downsides to the way in which he gave himself cancer, and has been satirically portrayed throughout the show. The images in the show are some of the best visual jokes that the entire show has to offer as a whole.

This episode from Season 5, the eighth episode in the series, is the entire series’ true stand – apart episode in terms of weed references. ‘Towlie’ is used as an anthropomorphic reference to a towel that has catchphrases such as ‘Wanna get high’! The entire plot is quite interesting, with an involvement of the military, a secret government plot and aliens that are trying to take over the world. Although Towlie’s go-to drug of choice is cannabis, he slides into the track of crack and meth as well in episodes that follow this one.

This South Park weed episode also has features of fake advertisements for merchandise that is branded with ‘Towlie’ as the main character, and some products were also sold for real on the website at some point of time.

The plots featured in South Park revolve around themes of ordinary and supernatural nature, and the variety is absolutely bizarre! The friends, Stan, Kyle, Eric, and Kenny live in the area of South Park. The television series is mostly viewed by an adult audience, but the humour involved in the show makes it watchable by a lot of people.

It draws attention to certain events of pop culture, religion, and so on. It is quite controversial however, owing to the use of sexual references and profanity among the episodes. Hence, the show is mostly viewed by the adult population.

The show as a whole, however, is relatively light on references to cannabis, weed or any other substance for that matter. Although the creators are such enthusiasts of the products, they have decided to go slow on the references. It probably has something to do with Producer’s rights. The show is aired on Comedy Central, and the channel having discretion over the way shows are screened may have something to do with the same. The standards and practices of the television industry can also be pulled into regard in this scenario. However, there have been South Park weed episodes over the seasons, and some have been highlighted here.