THCP Cartridges and Where To Buy Them 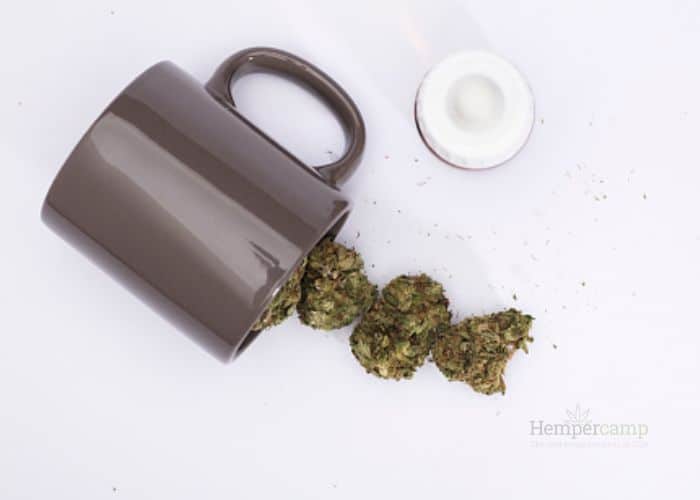 THCP carts are vaporizer cartridges filled with the goodness of the magical compound that we call THCP. These are readily available in dispensaries near you or with major online retailers across the US. Let us now begin with the basics and know everything there is to know about this enigmatic variation of THC.

Numerous THC variations, such as delta 8 and delta 10, have been found by researchers in recent years (over 120 cannabinoids). The most recent subject of debate is THCP, which has been discovered to produce effects that are even more prominent than THC. Many consider it to be the most powerful THC analog. 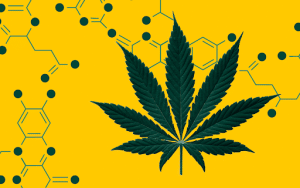 The discovery of THCP has created quite a stir. The mere mention of a cannabinoid greater than THC has sent the cannabis community into a frenzy. This has manifested in a boom in the market for THCP cartridges. The most popular method of consuming THCP is through vape cartridges.

There aren’t many THCP products easily available right now, but we’re confident that will change in the future. Customers have the same options for THCP consumption as they have for delta 9 THC, including flowers, tinctures, edibles, drinkables, and concentrates. The most common choice at the moment is THC-P carts. The safest way continues to be trusting brands and platforms you trust.

THCP Cartridges are the best option to consume THCP. Professionals can use mass spectrometry and liquid chromatography to extract and isolate the trace levels of THCP found in cannabis. They will then synthesize THCP, however, it will still be a natural chemical. Manufacturers make THCP products from hemp, making ensuring that its THC content is less than 0.3%, for legal reasons.

The advantages of using vape cartridges for cannabis consumption

Users can get a variety of perks and benefits from vaping cannabis cartridges. By controlling their THC intake through vaping, users can lessen the likelihood of experiencing undesirable side effects. Additionally, because the cannabinoids are taken directly into circulation through the lungs, vaping THCP Carts offers a more effective approach to consuming cannabis.

As a result, consumers experience the benefits of cannabis considerably faster than they would if they ate it. Finally, since vaping cannabis does not generate any toxic byproducts like tar and carbon monoxide, it is a far cleaner and healthier way to consume marijuana than smoking.

Are THCP cartridges legal to buy?

There is no definitive answer to this question since cannabis laws vary from state to state. However, as of October 2019, THCP is not listed as a controlled substance at the federal level in the United States. This means that it is not currently illegal to buy THCP in the US.

However, some argue that its legality is still in the gray area. The majority opinion is that it is protected under the Agricultural Improvements Act of 2018 – a federal law legalizing cannabis.

Users can therefore buy quality THCP carts from online retailers like Biniod CBD and well as major dispensaries near them.

How much does THCP cost?

Two factors often determine THC prices: how easy it is to produce and the amount of demand there is in the market. Because there is little interest or awareness in the general market, it is difficult to make THCP in large quantities. As a result, it is frequently highly costly.

How was THCP discovered?

The public was introduced to THCP in December 2019, thanks to Scientific Reports – an open-access journal on the internet. An Italian research team carried out the investigation on a Cannabis sample provided by The Military Chemical Institute in Florence, Italy. The institute submitted a natural cannabis sample, which was analyzed using cutting-edge mass spectrometry and liquid chromatography technologies. The researchers were able to examine the plant materials accurately using liquid chromatography and mass spectrometry. By accident, THCP was discovered through this procedure.

Many claim it has been around for a long time. Additionally, many contend that this explains why some cannabis strains, although having the same or lower THC contents, are noticeably more psychotropic than other strains.

THCP’s potency and comparison to other forms of THC

THCP is considered more than 30 times more strong than THC based on its activity with CB1 cannabinoid receptors. This does not necessarily mean that the effects would also be proportionately stronger. Anecdotal evidence suggests that the effects of THCP are at least 5 to 10 times stronger than THC.

Since THCP Vapes are the most effective at extracting THC, cartridges become the best option to consume THCP.

Have you been unknowingly consuming THCP this entire time?

If you’ve consumed cannabis, you’ve inadvertently taken THCP at least once throughout your life. Many now feel that a combination of THC and THCP, as opposed to THC alone, might result in an extremely potent and unexpected “high.” This is logical. When cannabis chemicals are found, they do not immediately start to exist. They have been present at all times.

What’s the ideal dose of THCP? 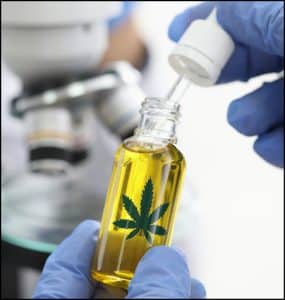 The ideal dose of THCP is currently unknown, as there is a lack of clinical research on the compound. However, anecdotal reports suggest that doses in the range of 10-20 mg may be effective for some users. THCP may have a relatively long half-life, so it may be necessary to take multiple doses throughout the day to maintain consistent levels in the body.

On this metric too, THCP Vaporisers and Cartridges become the ideal option as they often allow you to control the strength of your drag by controlling the power and choice of e-liquid.

How long after THCP consumption will you feel high?

THCP’s effects can be felt up to 15 minutes after smoking or vaping it. The peak effects will also hit you within an hour, but they will fade away after two hours.

It may take up to an hour to feel the effects of THCP if you consume it in the form of candies or cookies. However, the effects can last up to six hours. On the other hand, THCP Carts would induce a high much faster. If the benefits are not felt within the first two hours, take an additional but small dose of TCHP.

How does THCP feel?

In a 2020 study, researchers found that THCP was more potent than THC in mice. Mice given THCP experienced more sedation, greater increases in blood pressure, and more potent psychoactive effects than those given THC.

Despite the fact that THCP isn’t a psychedelic like LSD or magic mushrooms, users usually report their experience as being trippy. You won’t encounter odd visions or an out-of-body sensation, but you can feel like your perspective is drifting from your core.

The negative consequences of taking too much THCP, however, are also more severe. People who use THCP, for instance, have described feeling more nervous and paranoid. THCP is probably not the ideal choice for you if you experience anxiety when utilizing delta-9 THC.

How to avoid a bad trip?

If you avoid over-consumption and reg-grade cannabis, the likelihood of a bad trip is very low. However, due to the potency of TCHP – over-consumption is more likely than usual. So if you find yourself on a bad trip, here’s how to fix it:

When you’re high, your thoughts determine the nature of your trip. Thus, it is extremely important to stick to those good thoughts. You can shift your focus to something you love like walking your dog, browsing youtube, or streaming a movie. By shifting your focus, you can avoid the ones that make you anxious.

Cold water showers have been clinically proven to improve mood significantly. Cold water has multiple physiological effects that can calm you down and clear you of negative thoughts.

It is a little-known fact that CBD acts as a counter-force against THCP. You can consume any CBD products you might have, to counter the over-stimulation from THCP.

Talking to your family or friends can help you calm down and distract you from the thoughts that are causing the bad trip. It is, however, important to understand that such a conversation must not involve talking about the bad trip. This could lead to a more intense bad trip as your focus will completely shift to the negative thoughts in your mind – so make sure there’s no negative talk.

When you try anything new, it’s natural to be concerned about the safety of the product. Because the safety of THCP has not been properly tested, it is hard to determine for certain. Nothing shows that it is more dangerous than other THC analogs.

THCP has higher effects on the body that are similar to THC. Early research indicates that THCP is as safe when taken in the same dose. To avoid any undesirable side effects, you should only take THCP in little doses. Beginners should start with 0.3mg doses. Any more might result in a bad high. If you’re using a THC-P Cart, try and avoid too many drags if you’re unsure about your tolerance for it.

Can you fail drug tests after taking THCP?

While THCP is structurally similar to THC, it hasn’t been reported to show up as THC on a drug test. Instead, THCP is thought to be more likely to show up as a metabolite of cannabigerol (CBG). That said, CBG has not been known to be detected on drug tests. Since drug tests can vary, however, and it’s possible that new, more sophisticated drug tests may be developed that could detect THCP, each person’s individual risk should be discussed with the individual.

When it comes to the risks of exposing humans to THCP, the news appears to be good. First, THCP does not have any known negative side effects in humans. Second, THCP does not appear to be addictive like THC. THCP is also non-psychoactive, which means it does not result in the high associated with cannabis.