The Ultimate Guide to Weed Shake 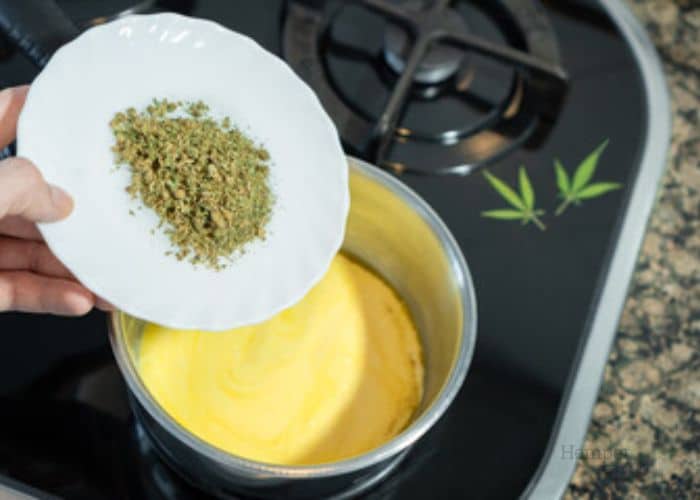 If you’re new to cannabis flower, you may not be familiar with the term Shake weed. Weed shakes are the little pile of weed flakes and dust that fall from the big magnificent full-flower nugs.

What is cannabis Shake and where does it come from?

If you Google Shake, you’ll most likely find a milky beverage that goes well with a Big Mac burger.

However, in the context of weed shaking, Shake refers to the fragments of your flower that have dropped to the bottom of the container as you handle the weed shakes daily.

Shake can be thought of as cannabis leftovers. It’s the cannabis equivalent of chip crumbs in the bottom of a bag of Doritos. The more flowers in a container, the more Shake there will be over time.

Shake is derived from the full bud blossom that your jar formerly held.

Cannabis shakes businesses frequently use Shake for their pre-rolls. Some brands/distributors sell ounces of shakes for the cheap. On that note, the Shake is a wonderful buy for the budget-conscious buyer who doesn’t prioritize quality over quantity.

Shake differs from fully-grown nugs in a variety of ways.

For one thing, structure. Picking up a large nug of Deadhead OG reveals every color, trichome, and hair in the plant.

You get a pile of those things, along with all the trim, stems, and seeds (depending on the quality of your weed shaking), which you don’t want to be smoking in your bongs and joints.

Smoking shakes can be a very different experience for two people. Shake may provide a stronger smoke than smoking fresh nugs due to the residual trim and plant material.

The jury is still out on whether there is a difference in strength, though it’s likely that the THC in your Shake has degraded into CBN (cannabinol), which is known for its strong sedative characteristics owing to damage or age.

In terms of how smooth it will smoke, buds undoubtedly have a superior burn than Shake cannabis. Consider it like bread. Would you like to make a sandwich out of crumbs? Exactly.

Three, the purchase experience of shakes versus nugs is noteworthy. Companies will occasionally utilize excess shakes to pack pre-rolls or bag them up as a cheap ounce. However, inside these joints/bags, you might receive much trim. Trim refers to the removal of leaves from new buds. They are incredibly poor in potency and general quality, which is why they were deleted.

Also, with those Shake bags, you can receive a combination of different strains, which isn’t ideal for folks looking for the precise effects of a single cultivar.

Many users mistake cannabis shake for cannabis trim, but they are not the same. Trim is the majority of leaves and bud fragments that are purposely removed from a mature cannabis plant after it has been harvested. Growers complete this trimming technique to produce more potent and visually appealing consumer items.

Shake, on the other hand, refers to the loose trichomes that fall off packaged cannabis flowers and accumulate in the bottom of the container it’s in. It’s not planned; the tremor happens naturally as the flower is moved and handled. Shake typically contains kief (cannabinoid-rich trichome powder) and little buds broken from the flower.

“Which is stronger?” you’re undoubtedly wondering. Trim has a low THC content, which is why it is rarely smoked and used for other purposes. Given that the Shake is part of the flower and is sometimes quite high in the trichomes that hold the plant’s THC, it can be just as potent as the cannabis from which it came. However, depending on how long the Shake has rested and dried out at the bottom of the container, this isn’t always the case.

Ways to use cannabis shake

Shake can be used in a variety of ways.

Use shake to roll joints

To begin with, if you have much Shake on hand, use it to twist up joints and blunts. That is its best application. Because Shake includes the same cannabinoids and terpenes as a fully-structured flower, rolling it up is the way to go. Shake is essentially meal-prepped roll-up cannabis.

To smoke bowls, use shake (or vaporize)

You can also get high by dumping your shake into a bowl. However, remember that shake contains a lot of plant stuff, which could result in some nasty bong hits.

Use a shake to make weed tea

Making cannabis tea with a leftover Shake is usually a wonderful idea. Regardless of how the pot smokes, the THC/CBD/etc. Components are all that is required for edible cannabis.

Use shake to make edibles

Shake can produce baked products and candies in the same way as it can be used to make cannabis shakes drinkables. As previously said, weed shakes quality is less important in a chew-swallow experience because it is all about the plant components. So gather that shake over time, decarboxylate the entire batch, and create some handmade brownies or gummies for the homies.

Finally, a shake can be used to create homemade tinctures. Tinctures are alcohol-based liquid cannabis preparations.

Pros and cons of shaking weed

Many people can identify Shake weed with low-quality marijuana from dispensaries’ backrooms. While this is sometimes true, it is not always the case. As previously stated, Shake has a variety of intended applications and methods of consumption. Quality often determines consumption technique, with good-quality shakes generally excellent enough to be smoked, while old, dry trim is best for producing edibles, tinctures, or infusions.

Always be a cautious shopper, ask questions before purchasing, and be sure you know what you want before looking for a Shake.

As a reminder, here’s a quick recap and checklist: