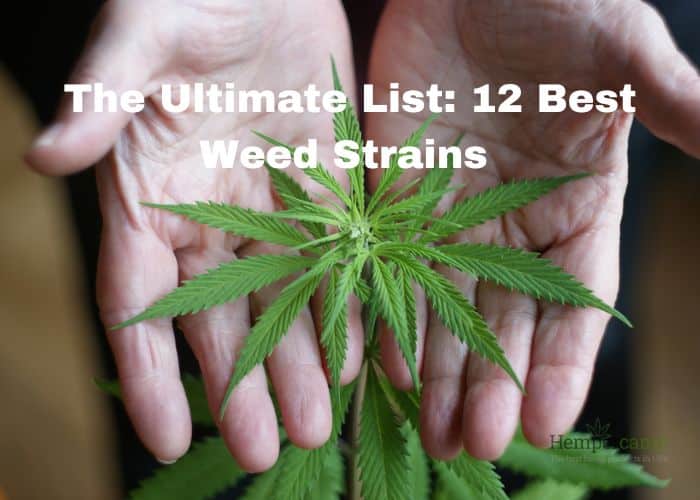 Cannabis culture is constantly evolving, and it seems like a new strain is introduced every other week. When these new strains “reveal themselves” to the world, they are great at creating quite a buzz but it’s important to remember that some of the more traditional strains are also very potent. In fact, some of the purest strains are the strongest and among the best weed strains in the world!

Different fads come and go but there exist classic strains that never leave the stores. They are the go-to choice for both amateurs and heavy users. Due to their distinctive characteristics or superior genetic makeup, these strains—the most extensively used varieties of marijuana—have left an impression on the cannabis community. It will be hard to find any heavy users who do not know about these weed strains. They have a strong reputation and have become iconic.

Here’s our list of the best weed strains for the season:

Acapulco Gold is perhaps one of the rare varieties of Sativa cannabis strains. It is considered by many that Acapulco Gold is one of the greatest weed types ever because of its scrumptious flavour and perfect high. It is also extremely well-known, This strain still gives off a Stoney head and body high while also producing energizing and motivating effects.

This strain originates in and around Acapulco, Mexico, and has orange hairs that resemble gold nuggets, along with buds that are covered in a lot of resin and coloured gold, green, and brown. A burnt toffee aroma is left behind after the bud has been broken. Although this specific strain is regarded by many to be one of the best cannabis strains to have ever reached the markets, it is slowly becoming hard to find. 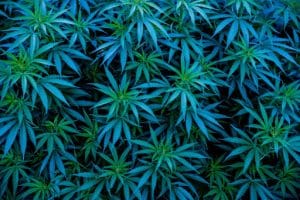 Although its actual origins and past are shrouded in secrecy, it is widely accepted that Northern Light is a cross between the 2 strains- Thai and Afghani. This wonderful strain was developed in the Netherlands and is quite new to the States.

Northern Lights is sometimes called a “two-hit and quit” variant because it knocks the mind into a delightfully numbing condition. Even at smaller dosages, inexperienced users will find it hard to do anything but lie down on their couch. Due to its widespread popularity and cult following, it is no surprise that it is commonly regarded as one of the best cannabis strains in America.

This strain was created by fusing two incredible ingredients – Blueberry and Haze. In addition to a well-rounded high, this combination also has effects like mental stimulation and total body relaxation. Despite having a low CBD content and an 18% THC content, Blue Dream is a popular strain among both new and seasoned cannabis users. It is characterized by It has a sugary fruity flavour taste and scent. It is undoubtedly one of the best hemp strains on the market.

Blue Dream has risen to be one of the most highly prized strains, gaining iconic status among American varieties.

Strawberry Cough is a potent Sativa marijuana strain with enigmatic genetic origins that is well-known for its sweet scent of fresh strawberries and an expanding sensation that can make even the most experienced user cough. Strawberry Cough, on the other hand, is thought to be a hybrid of Strawberry Fields and Haze. The skunky, berry flavours will pique your interest, and the cerebral, uplifting effects will give you a feeling of euphoria that will make you smile. Strawberry Cough is an excellent stress-relieving fix. It is hard to not include this strain in our list of the best cannabis strains.

This strain was originally known as “Cush,” but Snoop Dogg, a renowned cannabis connoisseur, changed its name to “Green Crack” after experiencing its potent Sativa effects. Although some people still prefer the name Cush to avoid any unwelcome stigma associated with cannabis, everyone agrees that they adore this earthy and fruity strain. Originally developed in Athens, Georgia in the 1970s, Green Crack is thought to have some Afghani landrace Indica in its ancestry and is a direct descendant of the perennially popular Skunk #1.

White Widow is a well-known Sativa-dominant hybrid with strong energising effects that is renowned for its off-the-charts resin production. Green House Seeds developed it in the 1990s as a cross between South Indian Sativa as well as Brazilian Indica landraces. Early hybrid strains like Northern Lights and Haze dominated the underground cannabis market at the time, but White Widow has since joined their ranks after taking home numerous awards, including the first High Times Cannabis Cup in 1995. White Widow is highly prized in the production of hash because it was specifically bred for a high trichome count. This strain contains 20% THC on average, with some phenotypes exceeding that mark.

A powerful, mind-bending Sativa with effects that hit like a freight train is called Trainwreck. This Northern California staple was created through the crossbreeding of Afghani Indica and Mexican and Thai Sativas, which imparted a sweet lemon and spicy pine aroma.

A rush of euphoria ushers in Trainwreck’s rapid hurtle through the mind, inspiring creativity and joy. When grown outdoors, trainwreck flowers frequently finish up before their 8-week harvest window, whereas indoor gardens are.

Who else loves the 1967 cult classic Purple Haze by Jimi Hendrix? Throwing the Sativa marijuana strain Purple Haze into the limelight, a dreamy burst of euphoria that this strain produces transports, seasoned users, back to the psychedelic heyday.

This venerable Sativa classic is still adored for its high-intensity cerebral stimulation that sparks creativity and blissful contentment all day long. Purple Haze is thought to have originated from the parent strains Purple Thai and Haze, which impart a blend of earthy, sweet flavours enhanced by berry and pungent spice notes. The vibrant lavender hues that Purple Haze buds typically take on help to further support the name of this strain. 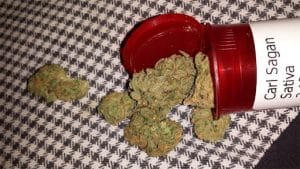 As Carl Sagan – one of the most influential minds of the 20th century said “Cannabis prohibition is outrageous, preventing full use of a drug that contributes to the serenity and insight, sensitivity and fellowship so desperately needed in this increasingly insane and dangerous world.”

This strain is one of the best hemp strains as it does exactly that – a serene and calm high.

GDP is a well-known Indica lover’s dream that is euphoric, physically and mentally relaxing, and known for its intense purple hues and white, snow-like trichome resin.

Here’s an interesting blend of Purple Haze and Granddaddy Purple – two strains on our list of the best weed strains. Definitely worth a try!