Top Movies About Weed on Netflix 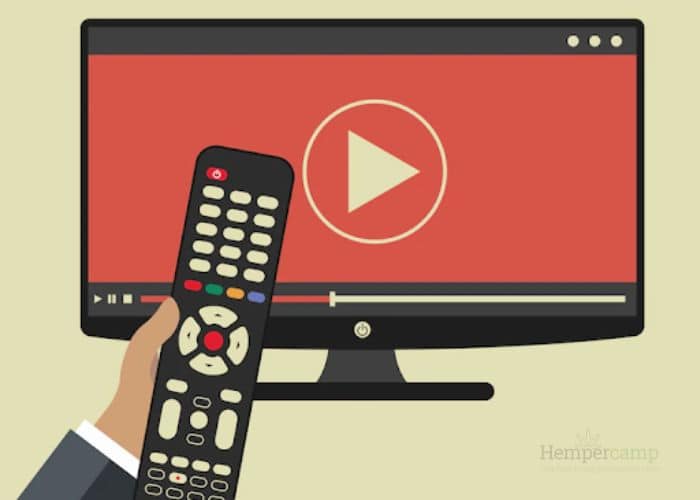 Netflix has a limited selection of stoner films, and we could not locate the stoner subgenre’s major hits on the streaming service. Nonetheless, this collection of “weed movies” includes fantastic flicks that will blow your mind when you smoke something, a documentary about marijuana usage, and films that involve drugs. Who cares what you’re watching when you’re smoking, right?

Don’t get us wrong: all these shows are equally sober. Movies about weed on Netflix are intended for informational purposes only. But when you combine them with marijuana, you’re much more likely to have your mind blown (or some serious high snacks). We’ve compiled a list of Netflix shows that mix nicely with cannabis, so watch one next time you decide to Netflix and burn.

However, what we probably don’t have is a list ranking the best movies about weed on Netflix. Well, we put together a list of the top 10 Netflix movies about weed to quench the thirst of all you stoners out there – enjoy!

Despite the title implying a “stoner film,” this one is worth seeing. This insightful video has earned rave reviews and illustrates the struggle of parents who use marijuana to treat and control their children’s cancer pain.

‘Weed the People ‘is a documentary about the challenges of people who spend a lot of money trying to obtain “federally illegal” substances. This highlights the pharmaceutical industry’s dishonesty in legislation and politics since they reject these medicines based on “lack of study” or “empirical proof,” even though they do not aid research in the field but rather impede it.

Certain legalities make obtaining standardized and safe medications more challenging in certain circumstances. This goes beyond the disinformation spread by marijuana activists and teaches us about marijuana science.

If you think you become paranoid while smoking, imagine how anxious you would be if you discovered you were a secret government agent while stoned. That’s exactly what happens to Jesse Eisenberg’s hapless stoner in Nima Nourizadeh’s Project X sequel.

When one faction of the CIA is entrusted with removing any members of its Ultra program, which Eisenberg’s Mike has no idea he is until his powers are activated. He starts battling bad guys with a spoon; the two are dispatched on a strange action comedy mission. It’s a massive smoke spectacle on the scale of a Jason Bourne pictures.

Allow stoner pals Harold (John Cho) and Kumar (Kal Penn) to add festive happiness to your binge-watch. The two bros go on another Homeric quest in the third installment of this underrated comedy series, this time looking for a new Christmas tree to please Harold’s irritated father-in-law (Danny Trejo), which means more sly social commentary slipped in among hefty helpings of gross-out gags, weed jokes, and vulgar Neil Patrick Harris cameos. It could be the sticky-icky strain you’re looking for this holiday season.

As they enter their senior year, they begin to deal with the losses in their lives: the agony of losing friends, the parting of ways due to jobs, and the typical withdrawal symptoms that one experiences when leaving school for the last time.

Concerning the weed, there is a donkey-kong-shaped bong entitled Donkey Bong that has been frequently highlighted throughout the film for no obvious reason, yet, it appears to have consumed a large portion of the film’s budget. The film was panned and praised and is still regarded as one of the best Lucy Hale films.

“Weeds,” the first mainstream cannabis series, portrays Mary-Louise Parker as a suburban housewife who sells weed to sustain her opulent lifestyle after her husband’s death. The eight-season crime dramedy is a must-see, with a sequel in the works at Starz, with Parker attached to star and executive produce. The new show will pick up 10 years after the events of the original series, during the legalization era.

Mac & Devin Go to High School is the pinnacle of a stoner film from 2012. The film stars Snoop Dogg and Wiz Khalifa and follows two high school students at N. Hale. A bookish boy named Devin and a stoner named Mac to make friends throughout the film, and Mac exposes Devin to weed for the first time. And thus, their stoner adventure starts.

Smokey and Craig, two homies, smoke a dope dealer’s weed and try to figure out how to collect the $200 they owe the dealer by ten o’clock that night. They use weed, get jacked, and are shot at in a drive-by during that time. Ice Cube and Chris Tucker feature in this 1995 film.

This show is about a cooking competition series with a unique ingredient that sets it apart from other shows in the category. That defining feature is that every recipe created on the show must include cannabis!!! Furthermore, each meal must contain enough cannabis to get the judges high. In each episode, two chefs compete in a single round. The task is to design a dish based on a specific theme while also employing the specified strain of marijuana.

The contender with the highest score receives a golden pot (the kind you cook with). Despite the show’s marijuana-centric theme, the contestants are all professional chefs. Most have impressive resumes, including experience as executive chefs. Some of them have even attended Le Cordon Bleu! YouTube celebrity The show is hosted by Josh Leyva. Ngaio Bealum, a comedian and famous cannabis enthusiast, joins him as the resident “culinary weed expert.” Prepare your snacks… It’s a mouth-watering competition!

Method Man and Redman parlayed their renown as blunt-smoking rappers into this hysterically funny comedy about two smokers who go to Harvard and flame the place after passing their college admission exams with the help of a nerdy pal. “That’s many storylines,” you might think in your reefer haze.

But don’t worry, bake-offs—How High’s exposition-ist mentality is focused on weed jokes, attractive ladies who adore weed, and clowning males of various races who look ridiculous while overindulging in weed. You’re not saying, “That’s much weed,” are you?

This sequel to the 2001 stoner hit How High recounts the struggles and tribulations of two wannabe pot delivery boys with the same sense of comedy as the original. However, neither Method Man nor Redman will appear in this sequel.

Our new entrepreneurial main protagonists, Lil Yachty and DC Young Fly are well-positioned to cash in when Atlanta experiences a cannabis drought. Then, just as the duo is set to launch their new delivery service, their stash and “Weed Bible” are stolen, resulting in an expedition across numerous neighborhoods and cannabis communities to recover them.

That’s all for now, guys! Now that we’ve selected the 10 best movies about weed on Netflix to watch… Roll one up, take a hit, and laugh your head off. We hope you enjoy them!

And if you are solely on to find a specific genre of weed movies, then don’t disappoint; we’ve covered that also for you-

Let’s start with the best comedies to watch when stoned. Nothing beats a stoner comedy with a ludicrous plot and some laugh-out-loud sequences. If you’ve already smoked… Log on to Netflix and watch one of these hilarious marijuana comedies and weed shows on Netflix.

If you like to smoke, chances are you’ve heard of this ultimate stoner show. Back in the 1970s, Eric Foreman (Topher Grace) and his friends Jackie (Mila Kunis), Kelso (Ashton Kutcher), Hyde (Dany Masterson), Donna (Laura Prepon), and Fez (Wilmer Valderrama) were growing up in Wisconsin. In case you need additional comfort, Tommy Chong makes appearances on occasion.

This comedy, directed by Chuck Lorre, follows Ruth Whitefeather Feldman (Kathy Bates) and her employees as they run a therapeutic marijuana clinic in Los Angeles. It’s a mix of stoner humor and occasionally surreal moments that will leave you speechless, making it an ideal show for ganja enthusiasts.

These are some of the documentaries you should see if you are a cannabis enthusiast. Learn about the political conflicts that cannabis has faced and continues to face.

In this parody of the controversial “Super High Me” documentary, we see comedian Doug Benson do his version of the experiment, in which he will not smoke pot for 30 days, then get high every day for the next 30 and compare his performance, all while under medical supervision.

The Culture High has to be one of the best weed documentaries on Netflix, not only because it’s entertaining but also because it focuses on the ongoing debate over governmental forces opposing marijuana use. It stars well-known figures such as Richard Branson, Howard Marks, and Snoop Dogg. Everyone should see it.

We shall view weed from a medical standpoint in this documentary by Dr. Sanjay Gupta as we follow the story of a young girl suffering from Dravet Syndrome and learn how medicinal marijuana can assist her to live a normal life.

Please don’t ask us why some shows are incomparably better when you’re high since we don’t know. What we do know is that some Netflix shows, such as “Somebody Feed Phil,” “The Great British Baking Show,” “Tidying Up With Marie Kondo,” and “Easy-Bake Battle,” is virtually ideal for watching while high. When you’re high, you should watch animated shows like “Big Mouth,” “BoJack Horseman,” “F Is For Family,” and “Tuca & Bertie.”

We shall view weed from a medical standpoint in this documentary by Dr. Sanjay Gupta as we follow the story of a young girl suffering from Dravet Syndrome and learn how medicinal marijuana can help her live a normal life.

Netflix is a pioneer and the best weed show on Netflix to stream that has changed the way people consume media on the internet. If you’re one of those stoners who gets strangely productive while high, Netflix’s Tidying Up With Marie Kondo may help you channel that Sativa-induced energy. The show is based on Kondo’s best-selling book The Life-Changing Magic of Tidying Up and involves mass decluttering, with Kondo assisting people in sorting through mounds of items to decide whether or not it “sparks joy.” The ultimate Netflix cannabis show for when you’re looking to ignite your delight.

The docuseries “How to Change Your Mind” is based on Micheal Pollan’s book of the same name. While not directly about marijuana, Pollan’s goal is to educate people about the healing powers of psychedelic weed. Pollan is a writer and botanist who strongly argues for a much-maligned subject.

This excellent documentary has been well-received by both fans and critics.

This exposé, partly about the influence marijuana has had on music, also looks at the impact of the war on black communities and delves into the hypocrisy associated with the flourishing new legal industry and current changes in marijuana legalization. While some become millionaires, others are incarcerated or have criminal records that restrict them from opening dispensaries.

If you smoke too much and are becoming worried, The Great British Baking Show’s wholesomeness and low-stakes amusement are exactly what you need. A group of amateur bakers competes for the title of the best amateur baker in the series. As you can see from the video, there will be stinging criticism, drama, and plenty of wonderful baked products, so bring some snacks.

If you take a look at our Netflix weed shows list, you will see that there are some excellent marijuana-themed TV series available on the platform that you should dive into.