What is HHCP Distillate 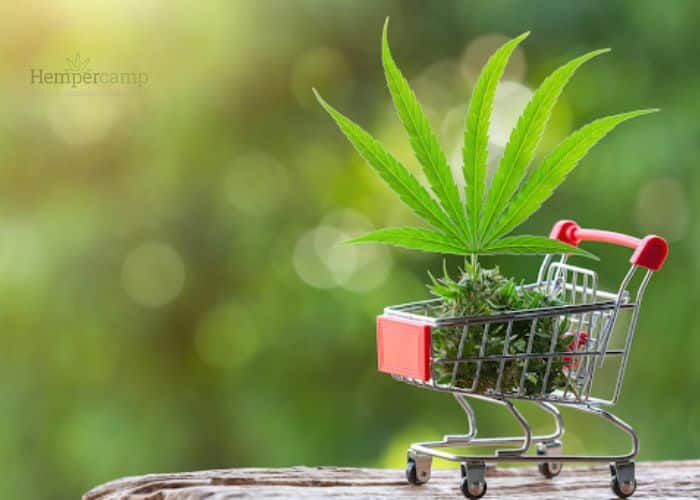 HHCP Distillate is a hydrogenated delta 8 oil that is 33 times stronger than HHC and has a 7-carbon molecular chain rather than a 5-carbon chain. This distillate is crystal resistant and suitable for vapes (combined with other cannabinoids) or other products.

Hexahydracannabipherol (HHCP) is a potent phytocannabinoid produced from HEMP. This marijuana distillate is made from THCP and is quite potent.

Is the HHCP legal?

During the Trump administration, the United States Department of Agriculture passed the 2018 Farm Bill, which legalized all cannabinoids except delta-9, including HHC-P. It is illegal if it is used, owned, or sold to anybody under 21.

I cannot guarantee that HHC-P will continue to be legal simply because it is currently legal. This is due to the Food and Drug Administration’s attempt to designate all hemp-derived products as Schedule I-banned substances.

Scientists have been developing a simple method for additional hydrogenating cannabinoids. THCP, a potent cannabinoid, was hydrogenated to produce HHCP.

The 9th U.S. Circuit Court of Appeals confirmed in May 2022 that delta 8 THC was allowed under the Farm Bill hemp classification and that all other hemp chemicals and derivatives are also legal, as long as they do not include more than the legal maximum of 0.3 percent delta 9 THC. This appears to make HHC a lawful hemp product and provides protection for HHC manufacturers and dealers (as well as delta eight and delta 10 THC, THC-O, and THCP); however, some attorneys stress that other federal courts may reach different judgments.

Individual states may still prohibit the use of HHC. This is likely if HHC becomes popular enough to jeopardize legal cannabis sales, as we’ve seen with delta 8 THC.

What is the Strength of HHCP?

When compared to HHC, HHCP is 33 times more potent. The benefits take longer to kick in after consumption, but they last longer once they do. The effects are also considerably more potent the more you take. It is advisable to try HHCP after it has been pre-blended with other cannabinoids.

HHCP differs from cannabinoids such as HHC and deltas such as Delta 9 and Delta 10 THC. It has seven carbon atoms in its side chain. This suggests that HHCP is significantly more psychoactive than other drugs today.

Driving or operating heavy machinery under the influence of HHCP is not advised because it is thought to be more psychotropic than other drugs. HHCP is comparable to THCP in many aspects; a handful of the symptoms are similar but more severe:

How is HHCP Distillate Made?

Chemist Roger Adams discovered HHC in the 1940s. He made HHC by introducing hydrogen into the THC molecule and modifying its physical characteristics. The hydrogenation technique was initially detailed in a 1947 patent publication.

The production of HHCP began with modern chemistry to synthesize CBD. However, its oils are produced using hydrogenation, comparable to the procedure used to generate margarine from vegetable oils. For this technique, the initial step is to extract CBD from raw hemp.

Because the amount is so little, hydrogen is added to the molecular structure of THC at high pressure and with a catalyst such as platinum or palladium. As a result, hydrogen replaces all of the compound’s double bonds, making the structure less prone to oxidation.

The modification assures that the HHCP is stable and will not decay or lose its potency. Following THC saturation, there comes HHCP, which is a viscous oil with a golden hue. It should be noted that metallic catalysts and hydrogen, an explosive gas, make the process extremely dangerous.

As a result, these processes must be carried out by trustworthy experts who prioritize safety. Finally, distillation is the final step in obtaining the genuine HHCP Distillate. This technique aids in the removal of impurities, resulting in the purest distillate possible.

When the HHCP reacts with the cannabinoid reactors in our bodies, it has similar effects to THC. This could be attributed to similarities in their molecular structure. Some psychotropic effects, for example, are similar to those of THC. Furthermore, the HHCP affects visual and auditory disturbance, which may result in hallucinations, cognition, heart rate fluctuations, and body temperature changes.

Compared to THC, the effect of HHCP Distillate is generally described as deeper relaxation rather than exhilaration. This is not easy because HHCP is not THC but has similar effects in higher doses. When HHCP distillate is created in the lab, it is typically a mixture of active and inactive HHCP molecules.

There is still much mystery about the effect of HHCP. As a result, even if experts are investigating the impacts, the hemp-derived product has a long way to go before reaching perfection. Nonetheless, hemp-derived products appear to have the same medicinal properties as earlier THC. Furthermore, rat studies demonstrate that the HHCP is an efficient analgesic.

Different ways to use HHCP distillate

These methods have been rigorously tested to ensure you receive the appropriate dose of marijuana HHCP distillates.

One of the most natural methods to absorb HHCP distillates is sublingual. To employ this method, place a few drops under your tongue and wait for the liquid to enter your system. The medicinal and hallucinatory effects of cannabis HHCP distillate are felt considerably faster when smoked than when consumed orally. However, it takes longer to take action than inhaling.

Taking an HHCP distillate pill is stronger and lasts longer than vaporizing, smoking, or smoking a joint. However, the full effects will be felt one to two hours later. They are lightweight and have no odor.

The cannabis HHCP distillate can be consumed through a bong or dab rig for those looking for an instant high. Please pick up your HHCP distillate and place it on a dab nail or in the bowl of your bong. Once the chemical has been heated, the vapor can be inhaled.

Hardened HHCP distillate over rolling paper can roll a joint or blunt. A few puffs are all that is required to enjoy its full strength.

Because HHCP distillate is so potent, users must gradually build tolerance by starting slowly and increasing gradually. They are not suggested for novices due to the high THC distillate levels, which may produce dizziness or low blood pressure.

Vaping HHCP distillate may worsen some people’s depression, anxiety, or schizophrenia symptoms. Patients should examine their reactions to determine whether the dosage should be reduced or a new method of administration should be used.

Not sure what HHC-P is, but also what HHC-P benefits to expect. Among the purported HHC-P advantages are:

Although there is still much to discover about Hexahydrocannabiphorol, I do know that its psychedelic characteristics have already made it immensely popular. The high is frequently likened to THC-P, and the two cannabinoids appear to be popular to take together since there may be a synergistic effect that provides you with a great experience within the body and mind in terms of mood, relaxation, and so on.

The most important thing to understand about Hexahydrocannabiphorol (HHC-P) high is that it is all about euphoria. People report a higher sense of euphoria than they’ve ever felt with any other cannabinoid. Also, as we are aware, many other cannabinoid-based medications produce only a brief period of bliss that does not endure throughout the duration of the high.

In addition to the euphoric impact, users describe a distinctively powerful body high that can be immensely soothing and beneficial for reducing physical stress.

Does HHC have medical benefits?

HHC has not been extensively researched, in contrast to more plentiful cannabinoids such as delta 9 THC or CBD; however, there has been some encouraging study. Some synthetic analogs of Hexahydrocannabinol (HHC) “significantly suppressed breast cancer cell-induced angiogenesis and tumor growth,” according to a 2011 study.

In 2007, Japanese researchers published a report revealing HHC’s remarkable pain-blocking capabilities in mice. However, it is probably too early to tell whether HHC has great therapeutic potential.

Where can HHC be found?

According to reports, only one producer in the United States produces HHC and sells it wholesale. I’m not sure if that’s accurate, but not many companies make it. As a result, just a few companies are selling HHC at retail, and they haven’t been doing so for long.

HHCP Distillate is less expensive than other cannabinoids:

Other cannabinoids cost more than HHCP distillate. It is also available in tinctures, consumables, and hemp extract, among other forms. It can also be purchased as a concentrate rather than in its pure form. MC Nutraceuticals supplies wholesale cannabis to several well-known brands. Because of their excellent quality and safety standards, things are secure.

Where is HHCP distillate most commonly used?

I have learned which countries allow the consumption of marijuana and HHCP distillate. I’m curious about which countries consume the most and where it is most popular. And which parts of the globe are the most eager to buy cannabis? To learn this, we averaged the search traffic across countries using the search engine optimization tool SEMrush.