What’s a Zip of Weed? 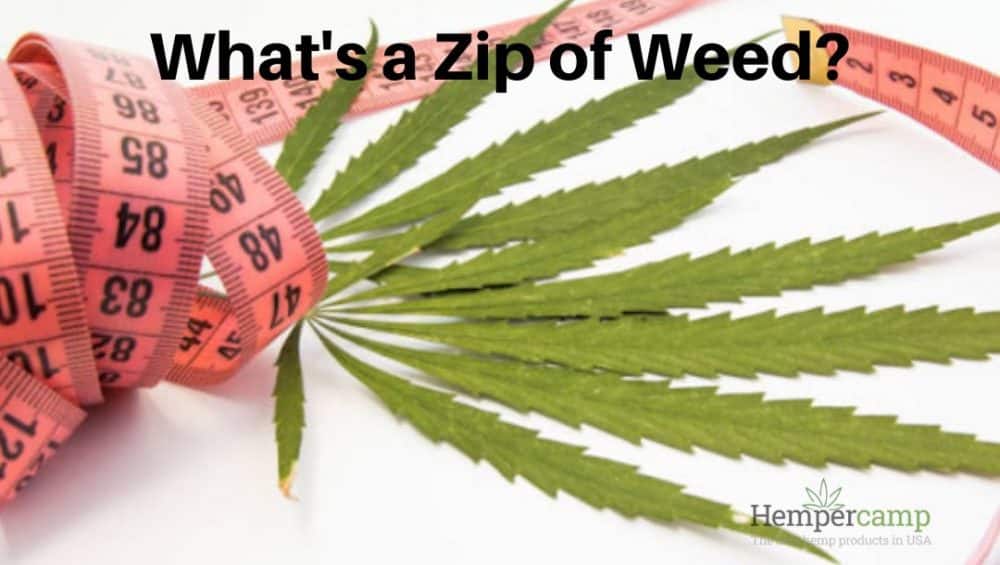 A zip of weed is equal to 28 grams of weed. Cannaenthusiasts are known to give their weed exciting and creative names. By giving different weights to different measures, they’ve made life difficult for some.

Zip is one of the many terms out there that indicate weight measurements. You need not know all. Some are enough. That’s why knowing what a Zip is would be enough.

How much is a zip of weed?

As already stated, a zip of weed is a measure of the weight or quantity of weed being bought/used. It is a useful measure for those who deal with weed in good quantities. For a normal user, it might amount to too much.

A zip of weed is a lot of weed. To be precise, it is 28 grams of weed, which is difficult to conceptualise in abstraction. But, since we have seen how much weed that is, we can tell you it is a lot of weed.

This much weed can’t be smoked by a person in one sitting. It is enough for a lot of people to smoke for many days.

How many joints does a zip of weed make?

Now that we know that the zip of weed is a lot of weed, it is time to conceptualise it in practical terms. Therefore, it becomes important for us to know how many joints a zip of weed produces.

But, before knowing how many joints a zip of weed makes, we need to know how much weed is there in one joint. On average, a regular normal-sized cannabis joint will have approximately around 0.7 grams of weed.

That’s not a lot of weed. And we all know this, you don’t need a lot to make a joint, you need less. More precisely, you need 0.7 grams of the good herb.

Even if you smoke a joint a day, at month’s end you would still be left with many joints. So we want to ask you, would you be interested in buying one zip of weed?

How much does a zip of weed cost?

Although the exact cost of zipping weed will vary from state to state and strain to strain, we can safely say that zip of weed is going to have a heavy cost bearing.

Regardless of which state you are in, on average, you should expect to pay at least several hundred dollars. This could rise with the quality of marijuana you are purchasing.

A zip of weed is the maximum quantity of weed that you can possess legally, so naturally, the expense of it is also going to be very high. However, if you buy it in bulk, you usually get a discount. This obviously comes with the fact that you will have to roll your own joints and purchase your own rolling paper, which increases the cost as well as time.

The best way to save time would be to buy pre-rolls instead. But the best tip is definitely to calculate the cost-benefit on your own; do not shy away from straight up asking your local budtender how much a zip costs.

How long does a zip last?

Since a zip is a large quantity of weed, it can last you a long time.

If you are a daily consumer, it can last you over a month or so. If you smoke once in a while then the same quantity of weed can last for several months.

You can roll around 28-56 joints, about 9-14 blunts, and smoke up to nearly 56 bowls with a zip of weed. It all depends on how much you put into each joint or blunt.

If you are unsure of whether you like a particular flavour or not, it is better to try out pre-rolls of that flavour before you settle on buying a huge quantity of it.

How to recognize a zip of weed

If you own a scale or just want to learn to know your own serving of weed, you can use a certain utensil to measure how much weed amounts to zipping.

If you are using a spoon or scooper, check to see how many scoops of marijuana you need to place on the scale for it to show 1 ounce or 28 grams. You can even use a pair of tongs, bowls, glass cups or zip-lock bags.

Fun Fact: A standard Zip lock bag can hold an ounce of weed. This is where the name “zip” was derived from.

Other common units for measuring marijuana 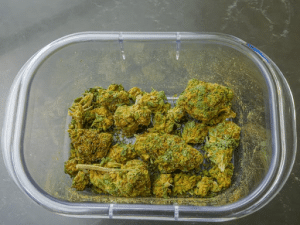 It is not necessary to remember all units of measurement, but it doesn’t hurt to have a basic knowledge of the ones in common use. If the zip is too much for you and you’d rather know the scientific or slang terms used for lesser quantities of weed then read ahead!

A dime bag usually refers to 0.5 grams of weed. This will get you a loosely packed decent-sized joint.

Dub on the other hand refers generally to a full gram of weed. You can make a decent blunt out of a dub of weed or two loosely packed regular-sized joints.

An eighth in terms of weed refers to 3.5 grams.

If you ask for a quarter of weed in a dispensary, it will generally get you 7 grams of weed.

Asking for half of the weed will get you double that of a quarter, that is, yes, 14 grams!